January 20, 2015
I've always wanted to go to Rebel Salute. For those who don't know, Rebel Salute is an event created by roots artist Tony Rebel. The now two-night (and morning) event is held in Ocho Rios since moving from St Elizabeth where it moved from about two years ago. This year was the 22nd staging of the event.

Rebel Salute is a straight conscious music event. Even when they've booked Lady Saw, Bounty Killer and Mavado, all had to perform strictly clean and conscious material to fit the movement (yes, they do have enough suitable songs). No alcohol or meat is served - alcohol is confiscated at the gate. Drugs aren't allowed either. Herbs are cool though. Strangely enough, Red Bull are a big sponsor. Wouldn't have said they fit the ital description, but hey, so it go. Food stalls sell fresh fruit and pescetarian-friendly food.


So we got to the venue rather early, like 10:30-11pm. Yeah, I said early. You'll understand later. Heard Jah9 on stage as I walked in, which was kind of annoying as I wanted to see her. Norris Man stepped up next and did his thing. Nesbeth started a bit slow then picked up. Big response for "Guns Out", "Board House" and latest big tune "Ole Gangalee".

Iba Mahr is the first artist kinda related to the new roots movement happening that I see. I was interested in seeing all of them because a) I like many of them and b) to see how they're connecting with Jamaicans. Sometimes I wonder is this something hyped up abroad by those disgruntled by the direction of dancehall? Are they more an uptown/middle-class Jamaicans thing?

I wouldn't say Iba Mahr is the best example of the new roots movement [read more here]. He feels slightly disconnected from the group and is rarely mentioned alongside the likes of Chronixx, Protoje, Jesse Royal, Kabaka Pyramid, Raging Fyah et al. He's more like Ginjah and Nesbeth who are there. But he's a new roots artist all the same. Songs such as "Let Jah Lead Lead The Way", "Will I Wait In Vain" and "Diamond Sox" received big reactions. He was in an arrow shirt, mesh merino (string vest) and Clarks. I'm guessing he had on diamond socks to or what's the point? 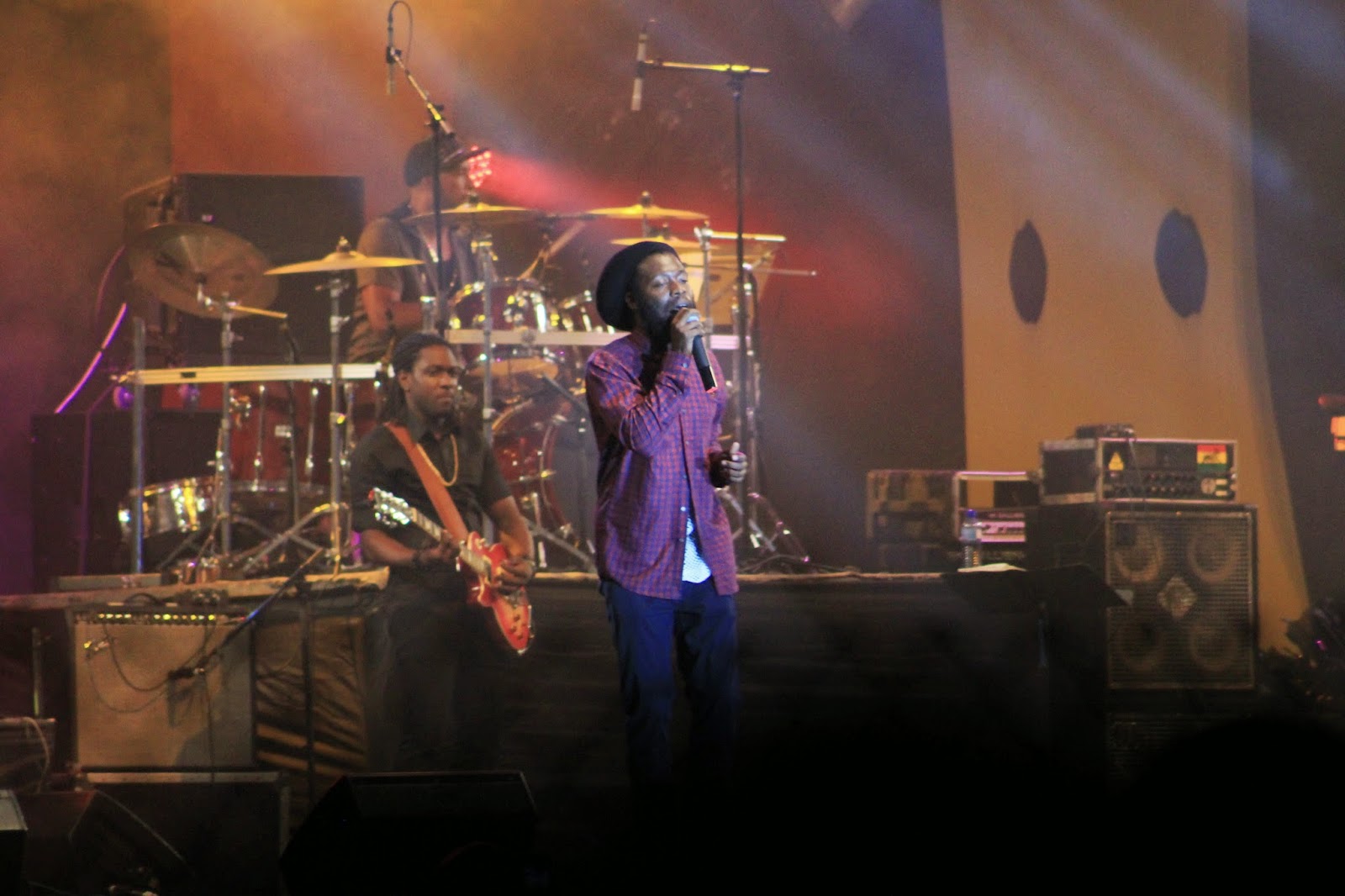 Etana delivered a solid set with big sing alongs for "I Am Not Afraid" "People Talk" and "Roots". As you can see from the pic below, I stood with the people aka the best place in the world. They fence of the VIPs and give them nice chairs. Us lot rough it on our own chairs. It's like the seated upstairs vs down in the stalls. Stalls win all the time. You get the genuine reactions and vibes. 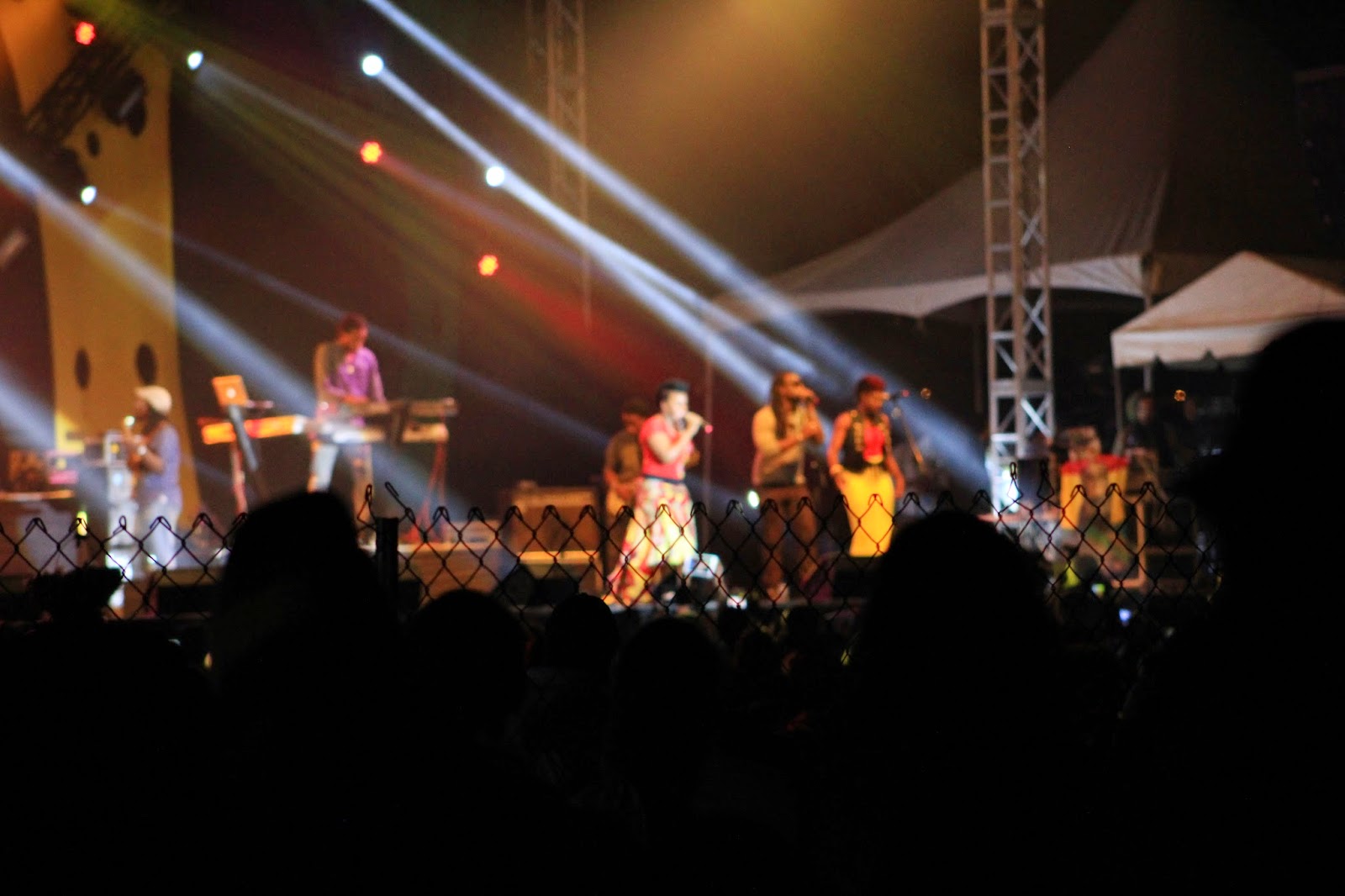 Bugle is a conscious dancehall artist who I've rated from I first heard "What Am Gonna Do" back in 2007. His output spikes then he has a break, spikes then break. I've always wondered about his popularity as I've never seen him perform before (live or stream from a big show), so it was another performance I was intrigued about. He more than delivered. "Doh", "Pearly Gates", "Don't Blame Life" and most recent hit banging on the roads, "Anointed" all shelled. Bugle owns them conscious anthems. Not forgetting last years hit, "Nuh Compatible"

Tony Rebel was on stage at about 1am. Long before the headliner. No egos here. Opened his set with one of the unofficial national anthems, "Sweet Jamaica" ("The system might nuh proper, but we love the vibes and the culture… Mi never know ah serious ting/ Until me reach a foreign/ Oh, what a nice place to live/ Sweet Jamdown/ The only problem is/ Dollars nah run"). "Fresh Vegetable" and "If Jah Is Standing By My Side" were big, obviously.

Took a walk around to see what the people dem were selling. Loads of stalls selling Jamaica and Rasta wears, and loads of healthy food.

In hindsight, the first night was full of intriguing performances. I just realised as I type this. Up next, Italian reggae superstar, Alborosie. I don't recall seeing him on line ups for (m)any events in Jamaica before. The Sicilian artist, who resides in Jamaica, is one of the genres highest earners, however, you'd never know that if you saw him. The whole performance just didn't connect with the audience. Maybe it looked like a foreigner trying to be Jamaican. Big response for "Blessing", for which Etana came back out to perform. 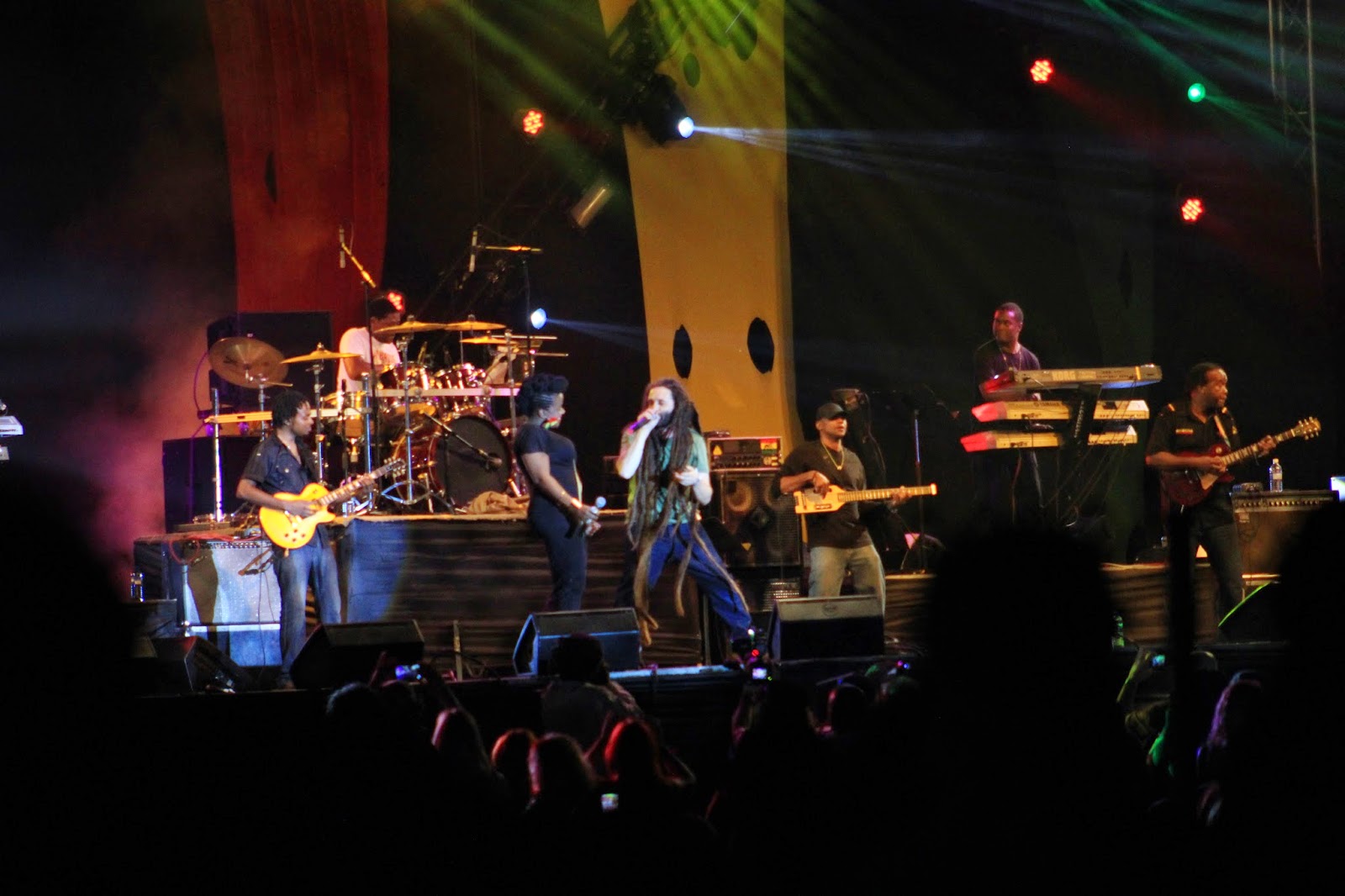 One of the top three performances came from Tarrus Riley. Having seen him perform a whole set last year in the UK, I kinda knew what to expect. Ultimate showmanship, band works perfectly, tributes and great songs. Despite being primarily lovers music, the crowd reacted as they did for the more Rasta reasoning type songs. "Lion Paw", "My Day" and "Shaka Zulu Pickney" tapped into that side, while "Far Away", "Got It Going On" and obviously, "She's Royal" 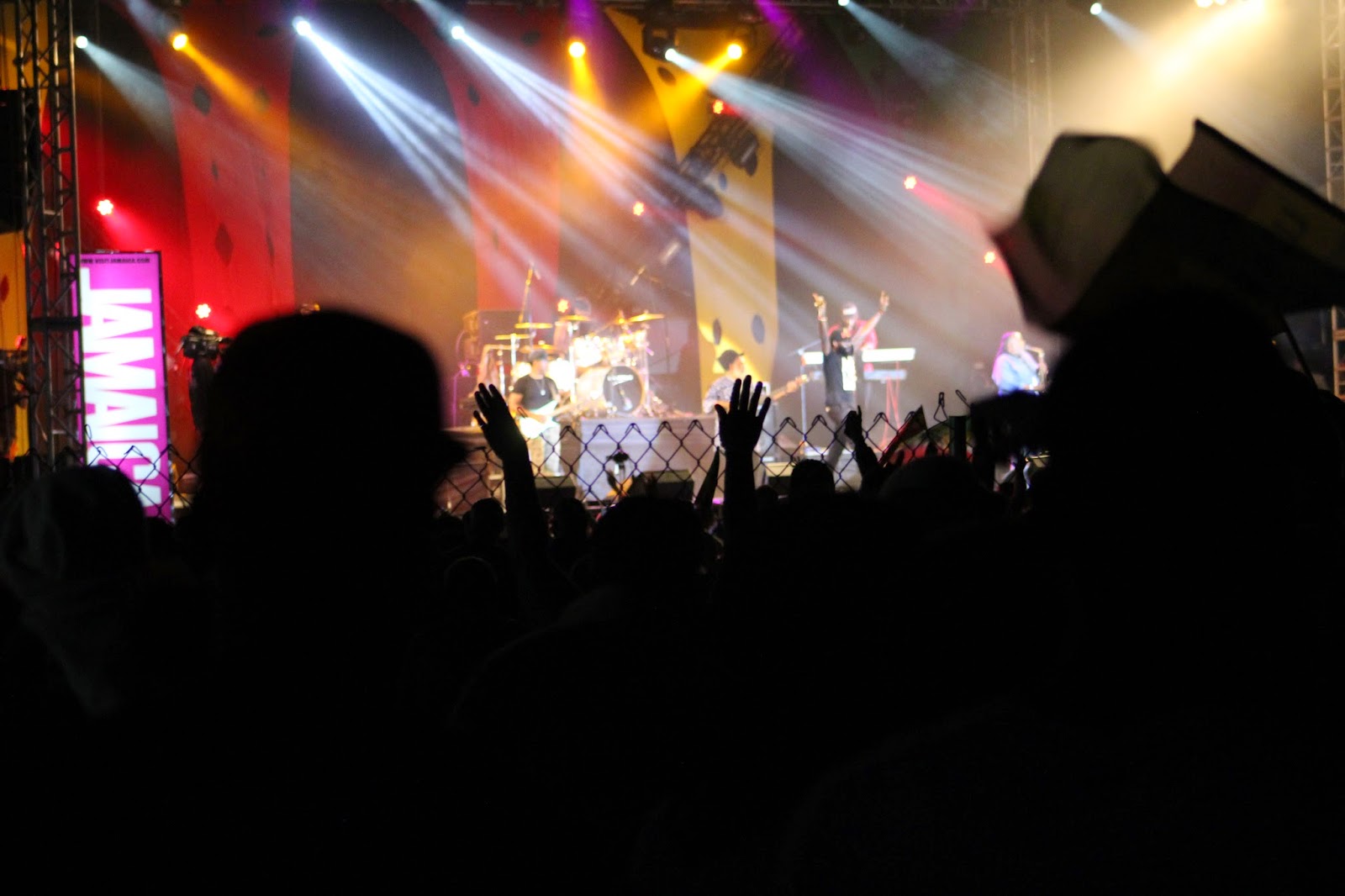 Each performance lasted about 20-30mins, so a lot shorter than a full concert. However, unlike other festivals with multiple stages, this is concentrated on one stage. I prefer it that way, as you don't get your favourite artists clashing, but the time does get on a bit. Tarrus left the stage as the sun began to rise. 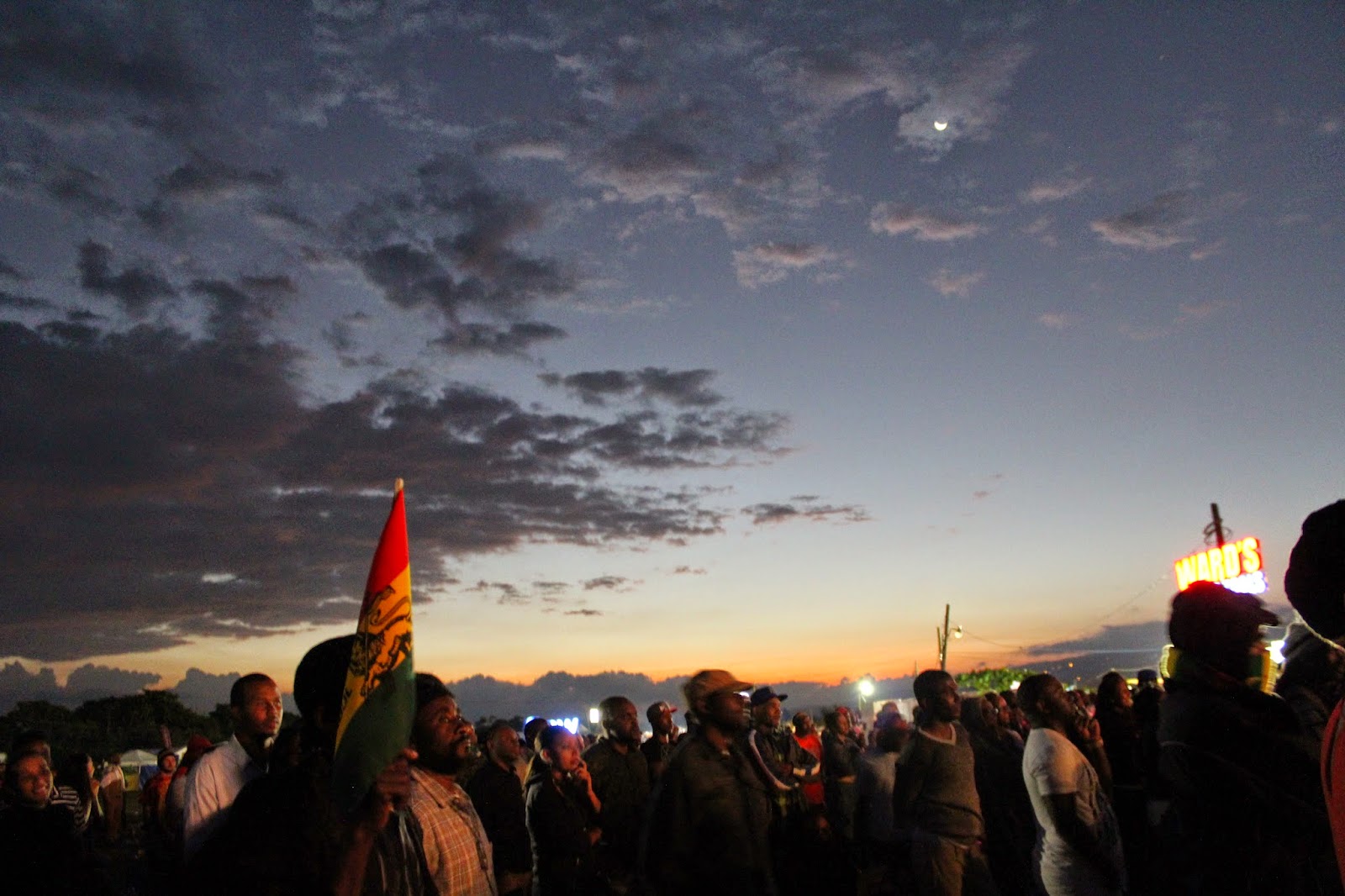 The host then introduced new roots artist, Jesse Royal. While Jesse is one of my fave's from the new generation, this time was a bit big for him. As people get tired, they wanted to see the artists with familiar hits to keep us hype. "Modern Day Judas" did that, the others, solid, but probably best suited to a time before Tarrus Riley who is a hard act to follow at any time.

Following Jesse, fellow new roots deejay Kabaka Pyramid. Suns fully in the sky now. I think it was about 7am Once again, probably suited to an earlier slot, but he delivered with clarity, stage command, hard-hitting songs. New single "Well Done" (song is so sick) was well-received despite being unfamiliar to many. The lyrics are just that good at connecting. "Never Gonna Be a Slave", "No Capitalist" and "Mi Alright" drew horns. 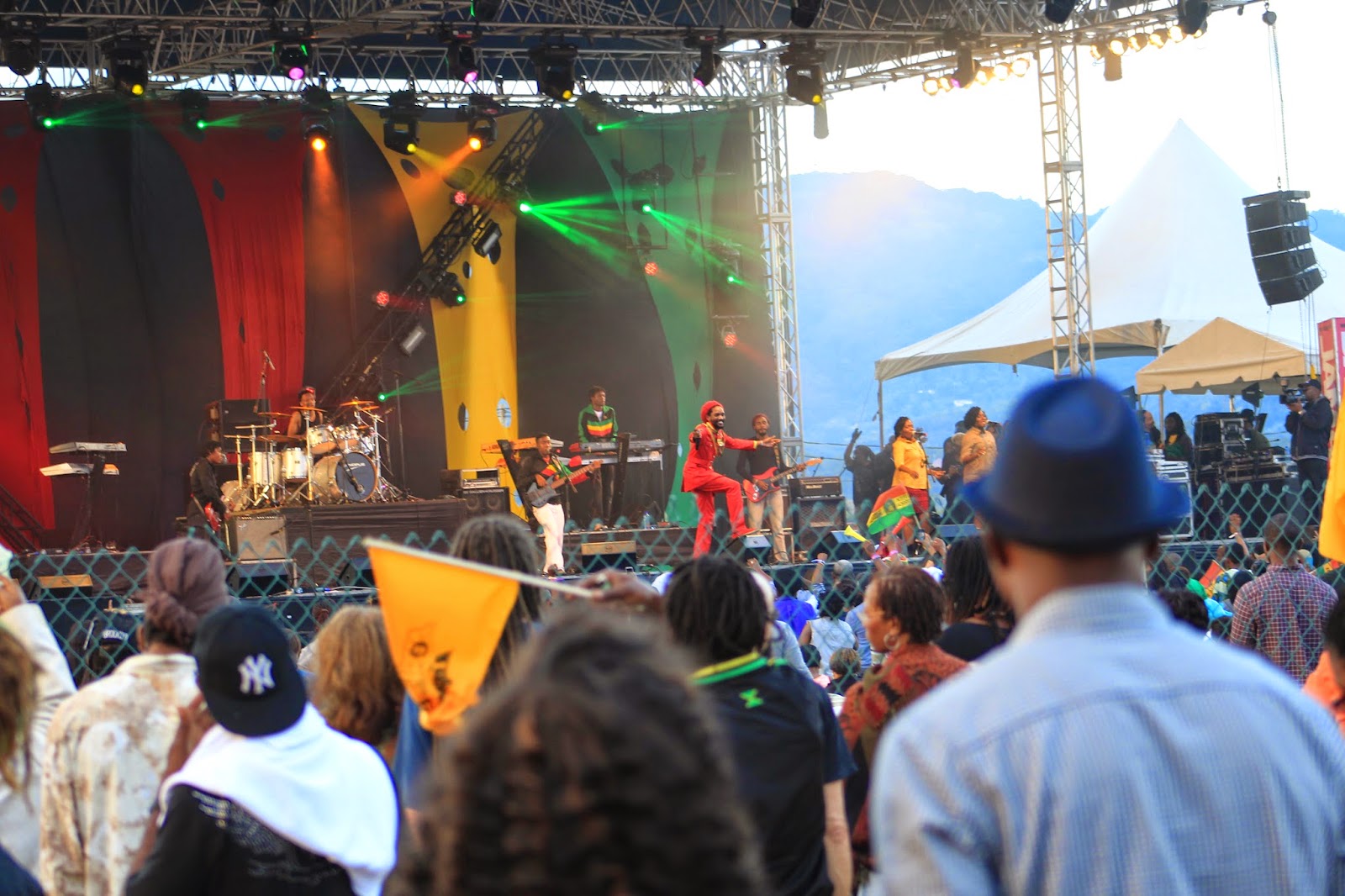 I-Wayne aka Fire Wayne touched stage about 7.30am and everything got burnt. Anyone who's seen I-Wayne will know the drill: familiar songs ("Living In Love", "Bleacher Dem", "Dash Weh Belly", "Life Seeds" and "Can't Satisfy Her") coupled with testing  new lyrics. "Balance!" and "Clear!" were the instructions to the band to play at a lower volume before he speaks on issues he's passionate about. Big forward. Every. Single. Time. Brought out a guest in Jah Mason to sing a few songs including "Princess Gone". Top three performance.

First night closer, Capleton, took to the stage about 8am. Once again, fire! Literal fire. People were burning cardboard and other flammable objects. The Fireman is worth the wait. Nothing but energy and hits. Reggae hits "Can't Sleep At Night", Ruggy Road", Jah Jah City" to dancehall anthems "Slew Dem", "Dash A Fire" and "Fire Time", plus a pre-dreadlock medley of "Lotion" and "Number One Pon Di Good Look Chart". Top three performance 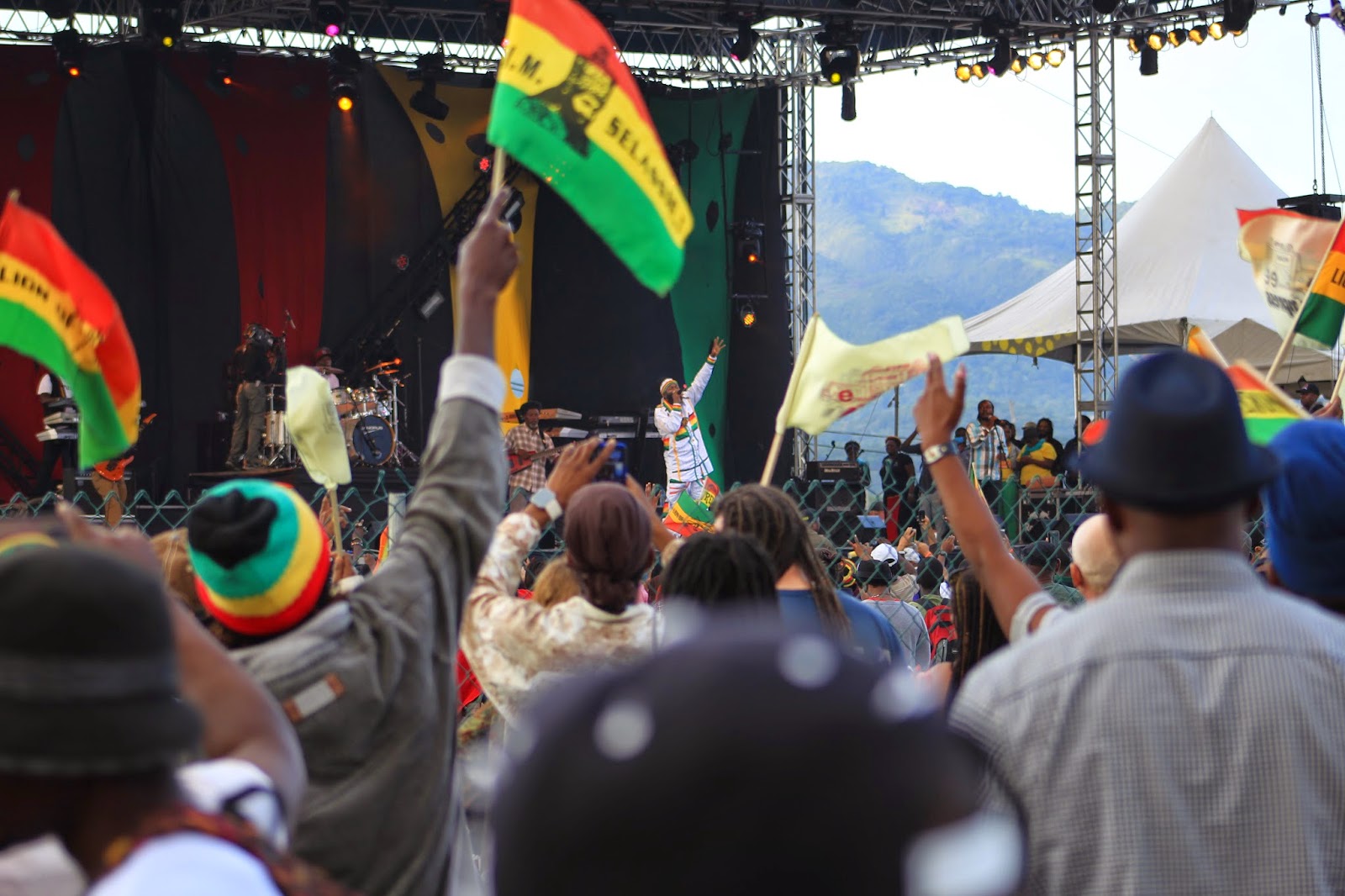 Second night review will be posted in a couple days. Sink this one for now, innit. All the pics are mine, so if you take them credit me, innit. If you don't, I won't know, but if your conscience feels good stealing pics then good on ya, (fassyole).