Winner of WORST #DrakeBar goes to...

June 15, 2010
If you don't know what a #DrakeBar is, play with traffic. Nah, but really, make sure it's a dual carriage way minimum.

Ok, ok for real now, a #DrakeBar is basically the laziest form of rapping out right now. It's word association which has taken the form of metaphors for punchlines. You know punchlines? The style that killed lyricism? That's a whole next topic. This style was actually popularised by Lil' Wayne, but for some reason people forget that. Since Drake, this style has been the most bastardised thing amongst UK rappers ever. It's comparable to UK Funky artists shouting "OLLY OLLY OLLY" (which was actually "Oggy oggy oggy"). Actually, maybe not. UK Hip Hop's version of Ed Hardy/Evisu.

But yeah, an (ok level) example would be "She aint got no body - Chaka Khan" (that's my bar. Made it up the other day. Don't steal) Did you catch that? "Aint" "Nobody" is a "Chaka Khan" song.

For a 6 minute extended version of what I just did feel free to watch/endure this:

So yeah time to announce the winner.

Stamp your feet please... (Unless you got on Primark heels, I don't want to embarrass you and your heels stuck on with No More Nails glue. Or you slant foot Ugg boot wearers. Find a bin)

Did you spot which one it was? Sorry, I have to point out poor I thought this was- breadline (did you spot the #DrakeBar?) 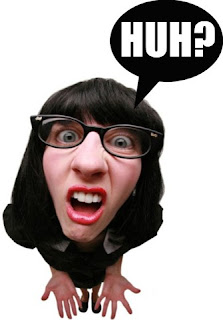 In best P Money voice "What did he say!?"