December 12, 2009
Spotted this over at Mad News. You guys get that I like that blog yet? This must be the 4th time I be jackin material san! It isn't really jackin, it's inspiration.

As big as OK mag are I don't know what kind of mag they are; women, gossip, entertainment? All the same thing anyway. Men aren't supposed to read it so I'll make an educated guess that there's also fashion and make-up tips, hot fella's and pointing out sexy thick celebs cellulite to make insecure 40 year-old ugly journalists feel better about themselves (don't tell me most wimmin mags don't follow that blueprint)

Anyway, apparantly they wrote an article on 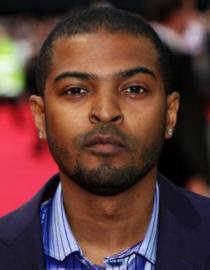 But ended up using a pic of 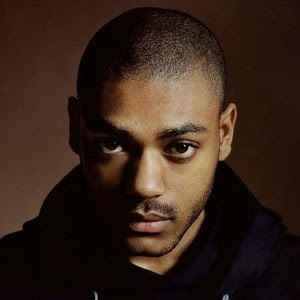 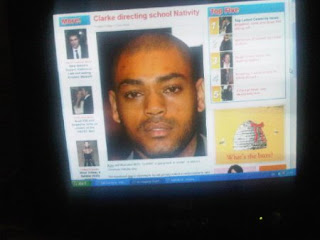 Well Kano can give thanks as this will probably be the most mainstream promotion he's had in his whole entire career, as evidenced by his tweet (http://twitter.com/therealkano) regarding the situation: "Has anyone got a screenshot of @okmagazine using my picture instead of @NoelClarke?"

Mr. Clarke, not to be confused with Justin Clarke a.k.a. Kano's Robin (not my words) rapid-fire grime MC, Ghetto/Ghetts - I just clocked I want to interview Noel Clarke. Missed out last year due to conflicting arrangements. Get your people to holla at my people... ok so I haven't got any people, but you know what I mean - back to what I was saying, Mr. Clarke (http://twitter.com/noelclarke) wasn't best pleased, twranting (Twitter Rant):

"nice @OK_Magazine Except the picture of "me" u put up is not me http://bit.ly/7wCqPq It's Kano. All look the same do we? what year is this?"

"@OK_Magazine if you can tell me ANY excuse for this http://bit.ly/7wCqPq i'd like to hear. Google+sense. A 2yr old could see that ain't me."

Some next dude, James Moran ("Writer for film and TV - Severance, and episodes of Doctor Who, Torchwood, Primeval, Spooks, and Crusoe" according to his bio), tweeted: "Wow. @OK_Magazine photo of @NoelClarke is not him: http://bit.ly/7wCqPq -but hey, black guy with stubble, close enough eh?"

I agree it is a damn near impossible error to make when using Google images, I don't suspect they use archives from filing cabinets, or do they? Saying that, I guess it depends on what was typed into the search bar: "I C 1 male, stubble, entertainment, light brown" - not very likely.

But I'd like to challenge that "do all black people lookalike" question. Yes, Noel Clarke and Kano do actually lookalike. Hell, I'm surprised they didn't throw in one of the miscellaneous guys from JLS. Apologies, I don't actually know his name. If it isn't Aston or Marvin (what a great name), I don't know who's who. 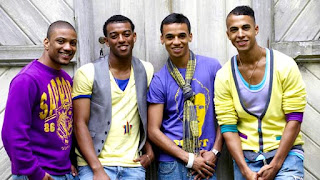 Dude on the extreme left 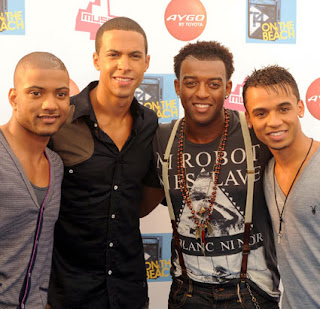 Can I get a witness?