December 14, 2009
Everyone loved off the light skinned girl who couldn't sing but appeared on Ja Rule's Between Me and You

Before embarking on her own (short-lived? Stop-start?) solo career. AM to PM was horrible, but the next single, When You Look At Me was a lot of things. I won't lie, I liked the song

"Be gone" said Christina Milian (well her people) to her clean cut, girl next door image with the release of the seductive Dip It Low (written by one of the best female artists to drop an album this decade, Teedra Moses), was a hot video. The faux-dancehall riddim had me sucked once upon a time. Not anymore! Cheesy!!!

Taking it back a little, I know all the UK males were with me hating on Romeo from So Solid when he collaborated with her. Not only that, but there was chemistry in the video between them. Not gonna lie, I used to look at that video hard to see if they actually recorded the video in the same studio

I'm a big a fan of The-Dream's music. Love Hate is a modern day r&b... good album. Love vs Money was aight, but his melodies/songs are infectious, and he's got a little swag going on. Girls don't find him attractive in the slightest. So what on earth did this Cuban princess see in him? Come on, that gives hope to all of us.

They got married last week sometime, I poured out a little liquor (into a cup) for humanity. The balance is really messed up when dudes girls think is erm, buttaz gets a beauty. Alas, I can't hate on him, gives us all hope. 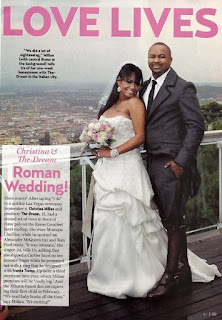 Saw it and first thing I thought was, he looks like an African dictator about to play a game of polo before indulging in a spot of croquet with his chaps. 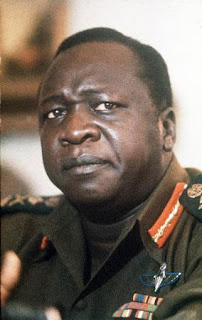 As played by Forrest Whitaker in the Last King of Scotland. 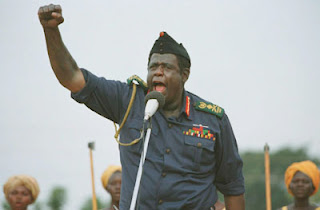