September 21, 2009
This is the first of a 2 part I have. Wrongly gambled on the other video being released first lol.

Disclaimer: To anyone who reads the title believing this will be full of hate, erase that now then proceed to read with an open mind. It's a question. The facts are the facts but majority is based on my opinion and knowledge gathered from opinions of other I have heard.

I was late on Sway. Them times I never paid any attention to UK rap. Grime was the ting for UK music, so I like many were first introduced to UK Hip-Hop through Sway. First time I heard him was on Terri Walker's remix of Whoopsie Daisy (can't find the audio) which (I just found out) is taken from This Is My Promo vol. 2. I've never listened to either of the popular mixtapes. Cuss me in your head all you want it's the truth, I still wasn't into this UK Rap/Hip-Hop thingy.

Anyway, he killed it with his witty punchlines, unusual punctuation and phrasing, strange nasally voice (something that was and is unusual for a rapper) and was generally quite refreshing. All of those components drew comparisons to Ludacris. Listened to the radio station for a few minutes just to get the name of the rapper.

Moving on, them times was about Channel U, as soon as the Sky remote touched down in my hand I pressed 467 because MTV Base was/is deadout. I can not remember which video I saw first, most probably Flo Fashion (don't watch the MTV Base logo's, they most probably jumped on late and always played UK vids late at night anyway).

Didn't, in fact I still don't like the beat but I still liked the flow and concept. Think Up Your Speed was next. Didn't like that, sounded too forced.

This next feature was the bizznizz!

That is exhibit B (Eminem's feature on Renegade being A... ok slight exaggeration) on "getting murdered on your own sh*t". Mitchell Bros (remember them?) a.k.a. the black Mike Skinner's got their dances dun on this tune. The young girl mistaking him for Lemar was a classic line as was "Excuse me open your bag". I anticipated each punchline because, let's be honest, he was like a comedian. 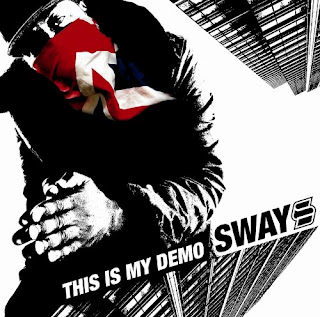 2006 saw the release of the hotly-anticipated album/professional mixtape This Is My Demo. Major criticism for the inclusion of previous mixtape tracks, but it gave people like me the opportunity to own them songs. Favourite tracks were: Products & the single "Little Derek's doing ok" which featured my favourite femcee of them times Baby Blue produced by Al Shux who recently produced soon-to-be-classic Empire State of Mind

We accepted the first "album" was a warm-up to get the people who'd heard about him and new fans familiarity with the older material. I think Sway himself classes The Signature as his first album. We waited a whole 2 years for the follow-up during which time he won BET UK Hip Hop award, constant rumours of him siging with Akon's Kovict (click for interview I did with Akon where he spoke on Sway) blah, blah you know the rest. So this was meant to be the big deal and to be honest he flattered to deceive.

First official single from the album The Signature had all the supposed elements to a hit record. Teamed up with Lemar, stylishly dressed as to give a nice impression of someone who was raised well, interplotated a popular disco/R&B record (Alexander O'Neal & Cherelle - Saturday Love) for Saturday Night Hustle again produced by Al Shux

Surprisingly failed to get Radio 1 playlist. If I'm honest I was confused by this record; it benefitted Lemar more than Sway. Lemar's fans weren't going to buy a Hip Hop record were they? And Sway's fans weren't going to buy that record, so it was a lose-lose. Lemar tried to get street cred but his album The Reason still bombed so it was a total fail. 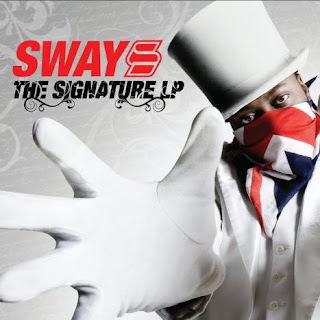 Album landed, had a few bright sparks; solid intro Fit 4 A King, Jason Waste was hilarious, Look After My Girl should have been a single, and Pray 4 Kaya was moving. Sadly, the latter was one of many tributes; the album reminded me of an obiturary. Not sure if I've ever listened to the whole thing apart from once because it depressed me. I understand that many people close to him died in the 2-year period but man, my memory maybe deceiving me but I'm sure there were at least 3/4 tributes on there. What's more is he seemed to be taking himself too seriously as a rapper. Gone was the bags of character and humour I'd come to love (Jason Waste is a good example of what I loved). Yeah, he can spit, and very well, but so could Canibus.

The much-talked about Akon collaboration Silver & Gold served as the 2nd single. My gawd it was flatter than watered down Coca-Cola left out in the sun with the bottle top being used for nutmeg rush (too much detail killed it alie?). Possibly the worst single Akon's been involved in and as we know he has been on loads! Once again failed to get Radio 1 playlist. Failed to do anything in fact. Was most probably the only time a song Akon featured on has failed.

Now we move to the first single Mercedes Benz from the sequel, The Signatue 2. Now usually we say sequels never better the prequels but he didn't set the bar that high with the first.

Put simply: good vid, shit song to me. Well it's alright but doesn't grab me. May have been better suited to Master Shortie and his retro-80s thingy he's got going on.

I really cannot see a market for this song. I'm trying to think of demographics of who will be interested in the package of Sway + this song but I'm struggling. Maybe the same people who liked Bashy's Who Wants To A Millionaire (were there many? I don't know), but at least that song had energy, Bashy's younger than him thus easier to relate to, released better singles either side of, better image etc. I'm happy for Sway but I really don't know what vision Akon saw in him. He hasn't got much hope of selling to mainstream over here let alone crossing over in America.

He's a talented rapper for the underground but I think that's where he's best. Unless something drastic happens and he understands what he needs to be doing to sell, he won't be anything other than a solid rapper. Hopefully the album fairs better than the last in terms of quality for those who do still like Sway. Sadly, this single doesn't inspire any confidence.

Competition in the UK has increased, has his time passed? Is Sway UKs Papoose with less mixtapes but more albums? Another mixtape rapper who never lived up to the hype. The burning question remains, do we still care?