Flashback Friday: Mandem back on Ends

Title is a "urban" play on 'Boys are back in Town'. Due to my disgust at the song posted below (the one about veg), I felt inspired to dedicate this weeks Flashback Friday on songs we men sung/rapped to females. You know them songs that made you feel on top of the world like 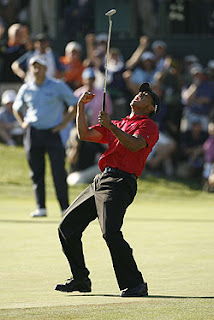 Anthems which were built on testosterone, made girls shut the hell up with their naggin and/or seckled their skin after the DJ played a bunch of R&B songs for them to sing-along to bout how she's the best he's every had and doing one random promising to do all the things her man won't do, leggo dat my yooooooot!!!

Got a The Box classic, underground classic, mainstream hit & most popular counterations (the mandem been slippin on these recently though. Can't remember the last decent one)

THIS BLOGPOST HAS A CERTIFICATE OF 18+. IF YOU ARE NOT 18 AND OVER PLEASE FIND ANOTHER POST TO READ. I'M SURE YOU'LL BE ENTERTAINED BY SOMETHING ELSE.

FAO FEMALES: THIS IS ALL IN AID OF BATTLE OF THE SEXES BANTER + BALANCE THE PREVIOUS POST. THEY DO NOT NECESSARILY REFLECT MY OPINIONS ON ALL FEMALES. ONLY THE EVE'S (EVIL WOMEN INFLUENCED BY SHE WHO ATE THE FORBIDDEN FRUIT).

If you never watched this on The Box (channel 39 for my bootleg cable mandem h'inside!) you never lived

Before Indie.Arie made Video there was this (Disclaimer: I don't support the "Eat you out" bit though. Jah said no sodomy roun' ya)

This song gave ladies over the age of 21 nightmares. Had a nice run with No Scrubs, won't lie I like that song to this day. Was very well constructed, but this dun'd your dance (please note: I never typed pidgeons into YouTube, this happened to be the best quality video). RIP the fallen soldier from Sporty Thieves

People forget DMX made classics for mandem about girls, not songs for girls mandem pressed skip.

One of my favourite X tunes, doesn't actually apply per se but its a bonus song I feel should be shared just so you can admire the Dark Man slash how to make a hood song for mandem about females

I promise to all the females out there I will do one for you lot to reminisce 'cause there were some serious bangers on the other side of the fence. Late 90s R&B ladies had some serious movement.