August 21, 2009
Sooooooooooo after a hiatus the Flashback Fridays make a return. I apologise for missing out the previous 3 weeks, had other stuff doing.

Today's topic is about popular old skool kicks/creps/boogs/and any other word that I can't remember to call trainers or as the Yanks say "Sneakers" circa 1999-2002 which cost £110. Back in these days, trainers were all about ostentatious designs whereas nowadays its simple designs and if you wanna push the boat out get loads of colours. Back in these days trainers would cost more than your whole outfit.

The spoilt kids had them (£75 I think) cos' no one was old enough to work legitamately so them kids were usually envied. Those with more than 2 pairs got attention from the budding gold digger. Back in them days parents bought one pair of trainers and you wouldn't get another until they were written off and then some. You had to prove to your parents that they were old (playing football in them at break time was usually the trick!). Parents soon wised up to the point where they sent kids to church in astroturfs.

I persoanlly would mark them out (fold the page) in the catalogue as to hint that those were the ones I wanted. Mainly in the Autumn Winter editions fingers crossed that I would get them from Santa for Christmas. I never got them, the games console or the bicycle

What inspired todays topic? I was killing time in London's West end - Oxford Circus/Street (well it was Regents Street still) - I ventured into the museum that is a.k.a. Nike Town. Haven't been in there for a long while, but boredom makes you do things you wouldn't usually.

I took the escalator to the first floor because that's where all the good stuff is. Instead of good stuff there were football boots (don't play football anymore), replica football kits (which reminds me; I'm looking for last seasons Manchester United kit. Don't ask why I don't have one already, nor my intentions for it) and Nike iD. In the Nike iD section I came across these 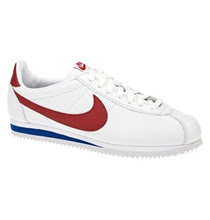 The ones I saw today were some mad fruity colours but Nike Cortez! I remember in about 1999/2001 when these were the rage. Literally all the kids had a pair. Except for me that is. I yearned for these, would visit the local trainers shop and look in the Kays catalogue just wishing I had a pair. Fast forward to 2009 and I think they are h-ugly!

I then ventured over to Foot Locker. Haven't stopped in there for the longest time either. Trainers used to be my vice but I keep my money in my pocket more often than not. On my visit to Foot Locker I spotted these bad boys (110 appreciation time - I'll do a miscellaneous one another day) 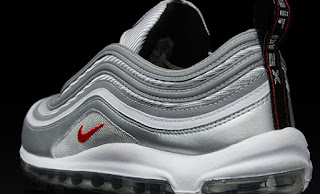 I never even knew the re-released Air Max 97s. Now I never wanted those. Although very similar in look I prefered these (although the ones pictured are ugly and aren't old skool but you get the point) 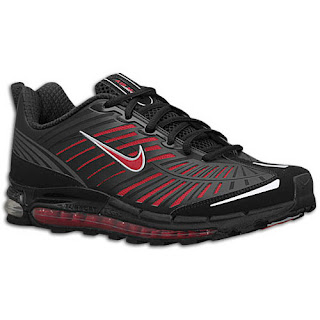 So that is how I got to where we are now.

I can see the first 110s but for the life of me I can't remember the name. They were blue and yellow. If I find out I'll be right back to edit the post. My apologies

Never had these, never really liked them either but they were like the standard black kicks at one point 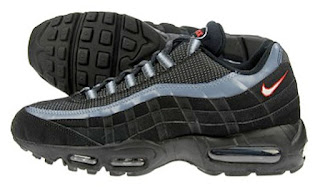 Who remembers the boog (fake) ones nuff people had? 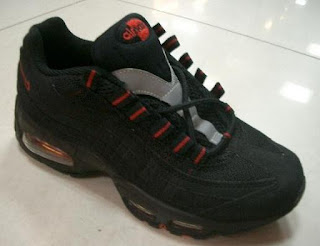 LMAO not me star!

I had one pair of these when they re-released them. Blue ones with mesh material. Will never spend £110 on trainers again! 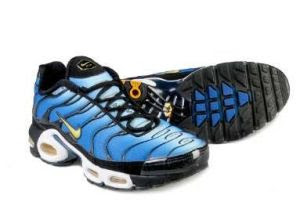 If my memory serves me correctly, these were one of the original colourways. I remember these and a black and red pair being first.