So basically anyone who's new to this blogspot, STOP PRESSING SNOOZE!!! Back on track, Friday is the day for appreciation of something old or Flashback memories(geddit?!)

Today I was tied between three things. Can't remember what I was looking at but I saw one of these. BADMAN old skool phones. Luckily for me, I was of a reasonable age when these mofo'fers actually became mobile. After them foolish, impractical phones that gave you a hernia when lifting or you needed a rucksack to carry: 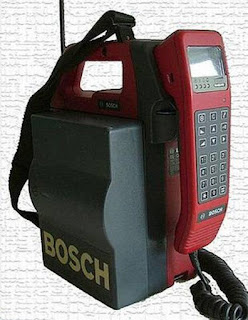 After them walky-talky looking bastads 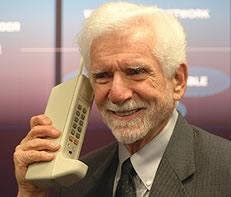 Eeeeeven after them legendary Mercury one2one free after 7 and on weekend building blocks with 0956 at beginning of number, the credit card sized chip and poor battery life (remember the long life battery you could buy which was the size of medium sliced Hovis bread?) 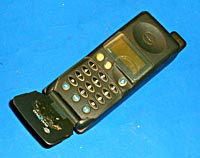 Nah, nah, nah, I'm talking about when you could use a plug with a lead to charge your phone, caller ID wasn't part of a phone upgrade (SMS was though), Carphone Warehouse were just making their mark on every high street, but Vodafone, o2 etc. weren't about and PAY AS YOU GO LANDED!!!

So what did this new pre-paid service mean for you? I "read" (opposed to 'hear') you ask. Well, I was just about to get to that. This meant it was accessible for I-man as a little youth who couldn't get a bill (ang tight the crew who ran up house phone bills!).

How did it change your life? Good question. There are two answers for this. The first thing that sprung to mind of caring parents was tracking device! I, personally, felt guilty if I never answered to my parents, so this meant no escape. But in a twisted way it also meant independence. Goodbye to walking the streets with pen and paper and most of all no more ringing home phones hoping the dad didn't answer! You know them lower the bass, turn up the treble in your voice ones?

My first phone was a Motorola Colorado from Kays catalogue! Must have cost about £90 and weighed about two bag of flour and a glass of milk. Can't find a pic of it as it wasn't a popular phone. Looking back it was pretty poo poo.

Can't remember the ins and outs but my dad shotted it to someone at work. Well he sold it and said he'd replace it. Can't find the actual one rightaboutnow so I bring you my second phone 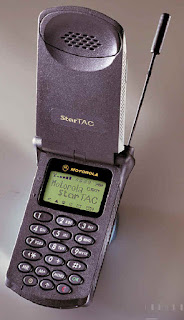 I thought I was styling on cowards with my flip phone. Sure they used to have it on American sitcoms and kids programs like Keenan and Kel, so I was proud of it.

Deep down I yearned for these phones; the legendary and innovative face-off a.k.a 5110 a.k.a pimp your phone.

I dreamt of the flashing aerial, rubber buttons with the Jamaica face. Favourite ringtone was either Persuasion or Kick, or even Intro.

3210 was madda road! Not only one face, but front and back change and NO AERIAL!!! 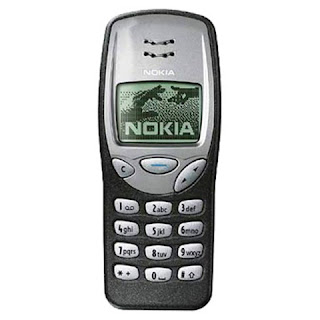 I was one of the best at composing ringtones by ear. Best I ever did kicks in @ 0:25 secs

Next big boy phone was the real Matrix phone NOT the banana where you had to pull the bit down manually. Straight click of a button ting round 'ere! Tennis made a change from playing snakes 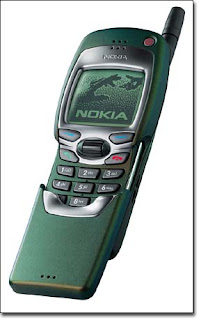 Who remembers what made this a big deal? 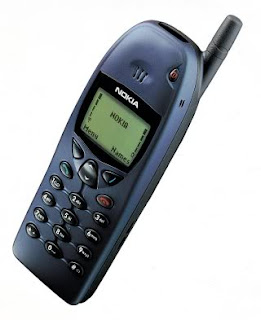 Not sure yet? Infra-red! 2 players snakes(although I don't remember playing it)... can't even remember what else it was used for back then. Couldn't send tracks like later day phones.

And the last phone I blog about in this post is this bad mutha... 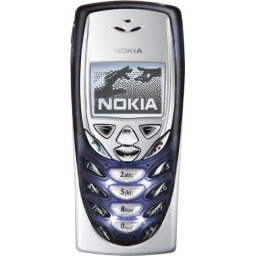 And remember the its older, the 8210? Came with the standard red face. Back then we wanted the smallest phones. This baby came equipped with radio on the phone! Can't remember if it had polyphonic but the 3310 definitely did. Hudy Gurdy was the one!

For all those who aren't familiar with these times, if you haven't sussed it by now it was a straight Nokia ting. Snakes, the standard Nokia ringtones, changing faces, ringtone composure, user friendly menu set-up etc. meant you had the edge over competitors getting the 'beanies' (female) number.

Also, if you weren't on one2one (now T-Mobile), expect to top-up on credit frequently because cross-network calls weren't a joke back then which also resulted in you not receiving calls. Another plus for one2one was the network crashes. *Message tone* "3txt"!!! When free voicemail dropped the game was a wrap.

This meant you couldn't pull out a Phillips on BT Cellnet or Motorola on Orange. I was the latter once upon a time but I had good friends meaning I never missed out on using the hypes.

Special shouts to the Baby Ericsson and Motorola Wings (v3688).

Now it's all smartphones like BlackBerry's and iPhones, camera's, mp3's, coloured screens and Internet.