July 12, 2009
To mark the release of his debut single Diamond Rings released by Columbia/Sony Music Entertainment (out now), PyroRadio.com caught up with Chipmunk to talk about deciding to complete college, haters and why he feel he’s the best lyricist to being a fan of The Saturdays – well Rochelle!

Pyroradio.com: Congratulations on finishing college. Why did you decide to finish college whilst having quite a successful music career?

Chipmunk: I’m just not a quitter. I put my all into everything I do. If I would have quit it would have only been because I signed a deal and I didn’t really want to feel like that was the reason why or if my music career was getting too much for me. I just stuck at it.

Pyroradio.com: How did the other students react to you being a famous artist?

Chipmunk:It was my hometown, so everyone knew me from before the whole music thing.

Pyroradio.com: So you didn’t receive much hate or unnecessary attention?

Chipmunk:Not even so much hate from people in my hometown but now it’s getting a lot.

Pyroradio.com: How have you managed to stay grounded after getting a lot of success at a young age?

Chipmunk:All the people around me help me. I just feel like I got lucky. Like who am I to act like I’m something I’m not? I’m just a kid with rhymes, who bumped into the right people and was willing to work hard - and that’s why I got here. I want to see as much people here as I can.

Pyroradio.com: Where do you draw inspiration when writing?

Chipmunk:My inspiration comes from different surroundings. Just working at it

Pyroradio.com: Do you remember the first lyric you wrote?

Pyroradio.com: I do a lot of browsing on forums and whenever subject of Chipmunk comes up a lot of people criticise you for always talking about how good you are in your songs. Is that accurate? If so, how do you respond to that?

Chipmunk: How I respond to that is: I’m just a new artist who’s opened up to a new audience that don’t know who I am so I have to. But my album is going to show a lot of difference. 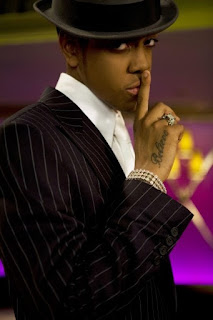 Pyroradio.com: UK scene is having a lot of success right now. Dizzee has gone clear, but there are a lot of young and up coming ones like yourself, Tinchy Stryder, N-Dubz, Ironik. What do you bring different to the table?

Chipmunk: Yeah man. I know what a metaphor is, a simile is, I know how to use it, I know how to play with words, and I know how to adapt myself on different tracks. We are all different; N-Dubz is a group who do what they do. Ironik does what he does. Me and Tinchy are coming from the same scene but I’m... I wouldn’t say I’m more versatile because Tinchy is a very versatile artist, but I play with words differently to how he does.

Pyroradio.com: The MOBO awards get a lot of criticism from people in the industry to people on the outside. Many people believe it doesn’t hold much weight like other awards do.

Chipmunk: They’re [lying], they are [lying]. Everyone acts like it’s nothing but if you’d won one you’d be over the moon. As black people we watch the MOBO’s to see what’s poppin’, so I’m happy I won that.

Pyroradio.com: Did you notice any changes after winning Best Newcomer last year? Were people in the industry taking you more seriously?

Chipmunk: Everyone has been more receptive. They were like “Yeah, he’s the one”. There are a lot of MCs my age who weren’t even nominated, so me winning meant a lot.

Pyroradio.com: You recently signed to Columbia/Sony Music Entertainment. Did you think you’d get to this position this quickly?

Chipmunk: Getting signed wasn’t the be all and end all. I always said if I was going to get signed the deal has to be right. A lot of the artists who’ve got record deals right now, their deals aren’t the best but I made sure my deal was right. I’ve got a [good] solicitor and he pulled off a proper deal for me.

Pyroradio.com: Your first commercial single Chip Diddy Chip reached #21 in the UK singles chart. It was different to anything we’d heard you do before; from the accent you used to the choice of beat. Was it a hard decision to make that track?

Chipmunk: I didn’t pick it. People have got to remember I’ve got management and a strong team, so I’m going to do what I feel is best for me in terms of my career elevating. That was just like 20 minutes in the studio. I went in, done my verse, came out, wrote the next verse recorded it and that was it. 20 minutes and it was a rap. It was just a quirky song for me to throw on my mixtape. Then they were like this is the one, so I was like “Noooooo. Everyone’s just gonna chat and say this isn’t Grime.” In the end I just thought f’ it, do your job and they done it and it worked, so I don’t wanna hear nothing!

Pyroradio.com: Do the opinions of Grime fans bother you then?

Chipmunk: I wouldn`t say it bothers me; I just can’t take the ignorance. Don’t tell me what Grime is, you can’t even tell me what Grime is. If I was to sit you down and ask you what Grime is you’re gonna say “Arr, man spitting real bars innit.” Half these MCs aren’t even real. Like I never talk any form of grease but there are a lot of MCs in the game - I’m not gonna name any names - a lot of stuff happens to a lot of artists. I’ve been robbed before, been jumped before but every time I’ve been jumped or robbed I’ve taken it like a man. There are a lot of MCs who talk a lot of grease but they are punks - take it from me.

Pyroradio.com: So did seeing the success that Chip Diddy Chip had make the decision to record your new single Diamond Rings easier?

Chipmunk: Yeah man. Not even so much easier but if it feels good I’ll put it out there. People are respecting my graft and what I’m trying to do. I’m trying to elevate the scene. Not just for me, I’m trying to make it easier for the next generation of people that come up.

Pyroradio.com: Tell us about the new single Diamond Rings; what was the process behind making this one?

Chipmunk: Diamond Rings, nationwide 6th July make sure you get yourself a copy. The producer sent me the track, it wasn’t broken so I didn’t try and fix it. Hooked up with Emily, we got it popping; people loved it so we put it out.

Pyroradio.com: How have you adjusted your style to suit the commercial audience?

Chipmunk: I don’t feel I’ve adjusted. People are going wayward with the whole “You this, you that”. If you listen to my mixtape, not one of them is 100% Grime anyway, so people are all gassed up now cos’ I’m with Sony. Get a life! If I go on a track that is Grime, I am going to spit the sickest Grime bars. If I go on a track that’s pop, I’m going to spit the sickest bars for Pop. The ability to go on any song and still have people scream your bars is a gift in itself that half of these MCs who talk about killing each other don’t have, so I don’t really care.

Pyroradio.com: I read on Twitter (@Chipmunkartist) that you are a fan of The Saturdays.

Pyroradio.com: Do you listen to many other artists people wouldn’t expect you to?

Pyroradio.com: Oh it’s one of them ones?

Chipmunk: Yeah man! I like The Saturdays a lot! There’s a lot of people I like; Lily Allen... who else do I like? I like The Ting Tings [sings That’s Not My Name], yeah that’s ‘ard!

Pyroradio.com: The one in The Saturdays that used to be in S Club Juniors is a lot.

Pyroradio.com: She’s got a man though hasn’t she?

Chipmunk: Yeah she’s got a man. I just think… no disrespect; I just think she’s beautiful.

Pyroradio.com: The album is scheduled for release later this year. What can we expect?

Chipmunk: I Am Chipmunk the album. Just expect 18 years of my life executed through good music man.

If you liked that, check my interview with Tinchy Stryder here

Diamond Rings entered the National UK Charts at #6 today! Big congrats to him. UK urb*n scene is in a good place right now. He's come a long way from this massive tune