June 26, 2009
Right, I have a few things playing on my mind, so this will be the vehicle to vent/express. If you are offended by typo's and grammatical errors, this post isn't for you. It wouldn't be a rant if I went through and corrected. This is the raw version, not fit for airplay

First off, the news coverage by both BBC and Sky News has been nothing short of disgraceful. The greatest entertainer in history has just died yet all they want to do is focus on the negatives. I woke up this morning confused, wondering if another set of money-grabbing parents forced their brat to come forward with lies accusing Michael of touching him. The focus is more or less on child abuse charges, his face and other pointless hatin. The ITV documentary was the best thing on telly all night. Gave a nice reflection of Michael, focused mainly on his achievements, impact and put what I consider a true story behind his eccentricities. Think it was a program they had already made to air when MJ was scheduled to begin his series of 50 dates.

People say "It isn't normal for a grown man to be around kids" and I totally agree with everyone who says/believes that. Problem is the word 'normal'. Alright, so let's clarify what normal is:

He hasn't had a normal day in at least 40 years of his short 50 years. How do you expect a superstar of his magnitude who had been a star from the age of 6 to be normal? So let's scratch that statement out.

It has been stated many times that he missed his childhood which lead to him envying the kids who used to play outside whilst he learnt routines. PR line possibly? I personally doubt it. If I recall correctly he stated that kids just see him as Michael. Well that's believable. We all know about 'yes' men who will support every decision in case they are ousted or don't get their seat so they can run the gravy train dry. Those people are not to be trusted and will pander to the stars every need, whereas the innocent child won't see a difference.

This is by no means me saying I would hang around children condoning those who do or think it's normal activity, but I can understand why he did it. Circumstances make people who they are. As long as he wasn't treating the kids inapproprately, where is the crime? Because it wasn't normal? Please! Would I let my kids around Michael Jackson? I couldn't say yes categorically, because as with anyone I would like to have first hand experience of dealing with the person face-to-face, but chances are I would. 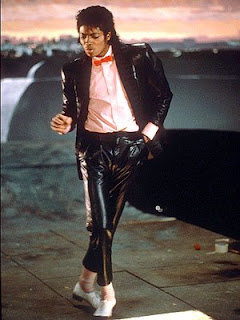 Next thing, making jokes about someone in death. What pleasure can you really get from appealing to the lowest common denominator who even so much raise a smile let alone lol? They rank down there with jokes based on race, disability, sexism and anything else people themselves have no chance of affecting the outcome. If you want to cuss his nose, fair-do's, that's your perogative. To make matters worse, I heard a supposed Christian say words to the effect of "All of a sudden now he's dead you want to forget he was a paedo". Nothing to say on that apart from "He without sin cast the first stone". It's in your Bible isn't it?

Lastly, ucfk Martin Bashir and the person/people who gave him airtime to send his condolences. That's the equivalent to a snitch telling the person he got locked up "Bang your doorrrrrs!" No Michael wasn't locked up, but he may as well be by the way he was treated and it was all instigated by his documentary.

Peep couple quotes from an interview he did with Vibe.om before release of Invincible:

What do you do for fun, for recreation?

I like water-balloon fights. We have a water-balloon fort here, there’s the red team and the blue team. We have slings and cannons and you are drenched by the time the game is over. There is a timer and whoever gets the most points in is the winner. I don’t do anything like basketball or golf. If I’m going to do some kind of sport, if you want to call that a sport, you have to laugh. I want to laugh. Basketball you get very competitive and so is tennis, makes you angry. I’m not into that I like to laugh, have fun, laugh with it. That’s what it should be, fun, therapeutic. I love that. I also like to go to amusement parks, animals, things like that.

Is there still a fantasy that you maintain of something that you’d like to do in your career?

I’d like to see an international children’s holiday when we honor our children, because the family bond has been broken. There’s a Mother’s Day and a Father’s Day but there’s no children’s day. I really would I would mean a lot. It really would. World peace, I hope that our next generation will get to see a peaceful world, not the way it’s going now.

Are you ever lonely?

Of course. If I’m on stage, I’m fine there. You can have a house full of people and still be lonely from within. I’m not complaining because I think it’s a good thing for my work.

Tell me about the inspiration for your new song “Speechless.” It’s very loving.

You’ll be surprised. I had a big water-balloon fight, I’m serious, in Germany. And what inspires me is fun. I was with these kids and we had big water-balloon fight, and I was so happy after the fight that I ran upstairs in their house and wrote “Speechless.” That’s what inspired the song. I hate to say that because it’s such a romantic song. But, it was the fight that did it. I’d had fun, I was happy, and I wrote it in its entirety right there. I felt it would be good enough for the album. Out of this bliss comes magic, comes wonderment, comes creativity. It’s about having fun, it really is.

Is there anything that you would like to say to VIBE readers?

I love Quincy. I mean, I really do. I think he is wonderful soul and a beautiful person. And I think you should tell the readers, don’t judge a person by what they hear or even what they read unless they heard from the person. There is so much tabloid, sensationalism going on that’s totally false. Don’t fall prey to it, it’s ugly. I hate the tabloids. I’d like to take them all and burn them. I want you to print it, don’t believe tabloid press, tell them that. Don’t believe tabloid press. Some of them try to disguise themselves but they are still tabloid press.

They want to know about the plastic surgery that you’ve done.

Tell VIBE, you know, that’s a stupid question. Put it just like that. You should be embarrassed to ask that. That’s why I don’t do interviews for this very reason. That’s why for years I didn’t do them for that very reason.

In my humble opinion, Michael was not a paedophile nor did he have an unhealthy obsession with kids. He may have lightened his skin, used a chemistry set to get kids and straightened his nose, but he was a misunderstood, lonely soul who knew no boudaries therefore had to create his own reality, and at the end of the day in search of happiness. Put yourself in his shoes and imagine what life would be like. I don't think he never really knew the word 'No'. Could say I'm biased but it's based on what I believe based on his character. The Gavin Arvizo case was weak. Literally a waste of time.

Unfortunately he found it in ways that weren't deemed acceptable to a minority of people with the media, especially tabloids included. I have witnessed Michael Jackson mania first-hand at the World Music Awards in 06. They said he was bored, but boos never rang out until after the chanting of Michael hoping he'd return to the stage for a performance of Thriller the media gassed us into believing would happen. Funny that Chris Brown did it. Surely the media would have known, no? I wish he could have made one last show to prove the critics wrong.

Wouldn't it have been great to see this? Footage in 2001 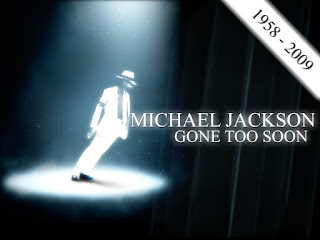