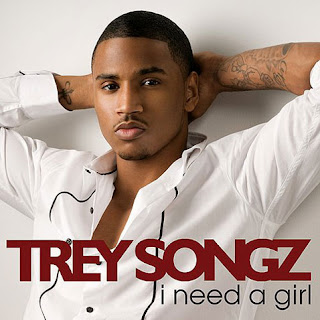 Trey Songz returns minus the braids, with Stargate produced lead single 'I Need a Girl' lifted from his 3rd album entitled 'Ready'. The forthcoming lp's production reads like an all-star team sheet ranging from Stargate, Jermaine Dupri, Brian-Michael Cox and Sean Garrett to the man himself. This set sees Nokio traded as co-executive producer with Johnta Austin who has written hits for Tyreese (Sweet Lady) Mary J Blige (Be Without You)and helped mastermind Mariah Carey's comeback (We Belong Together).

PyroRadio.com sat with Trey Songz to speak on his disappointment with previous album sales, why he teamed up with the 'typical' hit producers as everyone else, create his celebrity dream girl, find out the real reason behind the single 'I Need a Girl' and whether he dates fans.

PyroRadio.com: You were nominated for your first Grammy award with ‘Can’t Help But Wait’, is that your proudest moment to date?
Trey Songz: Erm, yeah. Music accolade yeah.

PyroRadio.com: I heard you bought your mum a house.
Trey Songz: Yeah man, that is my proudest moment. That’s what it was about for me.

PyroRadio.com: Did the success of Can’t Help But Wait give you an indication of what people want to hear from you?
Trey Songz: It did in some ways. That shows what radio programmers and people who make decisions on what records get played want to hear. I know what my core fan base want to hear and that shows the way to gain more fans. You need records that will increase the people who are exposed to your music and those type of records do that. Once they are exposed to your music they can be adjusted to hearing - because those who heard Can’t Help Wait, also heard Long Gone Missing, and other album cuts eventually.

PyroRadio.com: Has that had much of an effect on what you’ve recorded for your new album 'Ready' then?
Trey Songz: Most definitely, we’ve taken a lot of different directions. This is the album that I think will embody everything that I am musically; whether it be Hip-hop, crossover appeal, a balladeer, whatever. This album encapsulates them all.

PyroRadio.com: You’ve got the voice, the songs, the girls love you but the album sales of Trey Day and I Gotta Make It don’t reflect that. Was you disappointed with the sales of the last album?
Trey Songz: A sense of disappointment definitely came with the first album [I Gotta Make It], the second album [Trey Day], I think that the drop in sales was across the board. Even artists who were huge weren’t selling as many albums as they usually would have, so I take it all in my stride and I’m blessed with what I have. I pray to have more and work to have more, and make sure the quality of my work is outstanding to have more. I never wimp around or whine about anything I feel I should have gotten because if I didn’t get it, I wasn’t supposed to, so I work until I do. 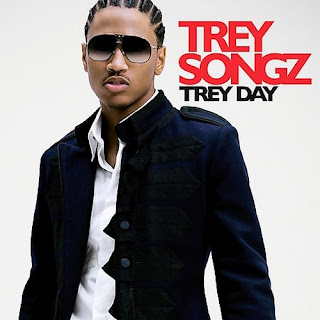 PyroRadio.com: 'I Need a Girl' is another Stargate song. A lot of people criticise artists for going with hit producers and songwriters, because it stifles the variety of music being produced. What’s your take on that?
Trey Songz: The harsh reality is that if you don’t do certain things or make certain sacrifices creatively, or even business-wise, you could sacrifice your career. You think about Trey Songz, you think about how many people say he is under-rated - I’m speaking about myself in third person just so you can get the full picture - you think of Trey Songz you think of his first and second albums which as you stated, they both didn’t sell what you would have thought they would have sold, or someone who’s familiar with the work thought they would have sold.

Yeah, I have a hit, yeah I’m Grammy nominated, but I’m two albums in. It costs money to make a project, costs money to make a video, it costs money to promote make an album. At this point, if Trey Songz doesn’t cross all the way over, this is a non-profitable product. So at this point its about going for the gusto. ‘I Need a Girl’ is not a record that is outside of myself and not comfortable singing. I think it is a song I’m comfortable singing, just showing growth in what I am, and what I want to be.

PyroRadio.com: You've mentioned appealing to the masses, will there be any Autotune on this album?
Trey Songz: No. There’s an interlude with just Autotune on. I use Autotune when I play about on my mixtape stuff. But erm, nah, I’m not too fond of it as far as my project is concerned.

PyroRadio.com: As you stated, the first single is ‘I Need a Girl’, are you looking to settle down?
Trey Songz: Am I looking to settle down? I think I need someone who understands what’s going on. That understands that its not all peaches and cream. When I say 'I need a girl', I’m informing all my fans of the stresses I am going through and just showing a bit of vulnerability.

I’m out here working hard, and sometimes I go back to my hotel room alone. I watching by myself. After all the screaming fans, I fall back and have nothing to hold that I love and care for. It’s very different having a woman, having sex with her and going to another city, then having a woman who you can talk to and understands your plight and what you’re talking about. That’s just telling them that I am human and I do have needs.

PyroRadio.com: But being an R’n’B star with money and girls adoring you must make it easy to get girls meaning you have many options. What’s going wrong?
Trey Songz: I tend not to get involved with fans because they have a perception of who Trey Songz is and what they want me to be and I try not to ruin their dreams. If I do anything slightly outside of what they imagine in their heads, it might throw them off, so I let them have their moment and let that be. I kick it with girls who aren’t that interested in me as an artist, so they can get to me.

PyroRadio.com: I read that NeYo said he’s had about 100 groupies the other day. Bobby V said that isn’t many. What’s your take on that?
Trey Songz: I’d rather not. I’ll leave that alone [nervous giggle]

PyroRadio.com: Is that one too political?
Trey Songz: Yep.

PyroRadio.com: Did you have a celebrity crush when you was growing up?
Trey Songz: When I was growing up? I’ve always loved Beyoncé. Always loved Beyoncé. From the moment Destiny’s Child came out, I [used to say] 'the light-skinned one with the braids'. That’s when all the girls were hating on her, now they all love her. I loved her way back then. It’s just a celebrity crush though. Hands in the air [raises hands in innocence].

PyroRadio.com: The ladies reading will want to know and 'the one' may be reading this; what qualities do you offer as a potential boyfriend?
Trey Songz: I’m caring, I listen, and I’ll be there for you while I can. I’ll take you out and buy you nice things, but that’s regular stuff. Girls don’t really want that. They want it, but that’s not what they really strive for. They strive for someone that’s going to be listen, someone that’s going to be there through the hard times with them, talk to them and make them laugh and feel good.

PyroRadio.com: Most romantic thing you’ve done for a lady?
Trey Songz: A couple Valentine’s day’s ago I stole the key to my girl’s place, then when she went in there, there were 100s of roses.