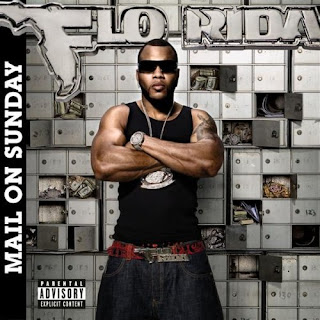 Some may not be familiar with the name but they definitely recognise the hook ("Shawty got the Apple Bottom jeans, boots with the fur,") from his US chart-topping hit ‘Low.’ The jump-off single, taken from his debut album titled ‘Mail On Sunday,’ reigned supreme on the Billboard Hot 100 for 10 weeks, longer than any other single in 2007. During which time it shattered Fergie’s previous digital sales record for most single’s sold in a week of 290,000 by selling 470,000.‘Low’ spent several weeks in the UK Top 10, reaching number 2 at it‘s peak.

However, the success of the club-shaker has also been a curse with many doubters casting him as another one-hit wonder. With the release of second single ‘Elevator’ the Dade County, Miami rep. aims to silence the doubters.

Flo Rida took time out of his busy schedule to converse about resisting the one-hit wonder tagline, the booming Hip-Hop scene in Miami and the album ‘Mail On Sunday.’

Marvin Sparks: Low was a record-breaking chart success for you. How has life changed since going from relative obscurity to having a smash-hit?

Flo Rida: I’m able to support my family, a lot of financial stability and lot of love from my friends. Definitely happy my album in stores and I got different fans coming up to me telling me they’ve got my song as their ringtone. It’s just crazy. A dream come true.

Marvin Sparks: When did you first realise you were famous?

Flo Rida: When my first record came out I was in the mall and some fans were just like "Oh, there’s Flo Rida" and different people wanted autographs.

Marvin Sparks: There’s currently a whole host of one-hit wonders about in the world of Hip-Hop, many didn’t feel you could come back after the success of ‘Low.’ Did you feel a lot of pressure when releasing Elevator to avoid becoming yet another?

Flo Rida: Not at all. Not at all. Timbaland is an icon and this record is a smash. They throw it on in the clubs and [the crowd] be singing the record out loud, so there wasn’t any pressure.

Marvin Sparks: Not many people get to work with Timbaland in their whole career. How did you manage to get a Timbaland beat on your 1st album?
Flo Rida: It was a blessing for me. Thanks to E-Class, my CEO at POE Boy Entertainment he’s great friends with him. Tim was liking my style and we just got together in the studio for like 4 days and got this smash ‘Elevator.’

Marvin Sparks: Coming up as an artist in the early days, you worked with 2 Live Crew. How would you describe that experience?
Flo Rida: It was an experience like none other. Going on stage with different woman wildin’ out while we doin’ the most. I used to sit back like ‘Wow’! [Laughs]

Marvin Sparks: I definitely hear that, I’ve seen the videos. Being in that atmosphere must have benefited you as an artist. Which ways do you feel that helped you?
Flo Rida: That’s like the maximum you can get as far as the crowd going crazy so that has prepared me for now. If things were to get that crazy on stage for me now I’ll be more comfortable. And definitely going on the road helped me. That was the chance I got to travel to different places to be more open-minded with my music and get to find out what people love in different areas as opposed to just locally.

Marvin Sparks: Miami seems to be the home of Hip Hop right now. We’ve seen Scott Storch, The Runners and Cool and Dre garner success from behind the boards whilst you, Rick Ross and Plies hold it down in the booth. What is it about Miami that brings the Heat, no pun intended?
Flo Rida: [Laughs] We sat back and watched every other area and coast do their thing and we just sat back patiently. So the first chance we got to show our skills and be on television we’re just taking advantage of it and showing love to every artist from Miami trying to get on. We call it ‘The Movement’ and we just loving music right now.

Marvin Sparks: Someone who seems to be spearheading ‘The Movement’ and also allowed you to make your first major debut is DJ Khaled. He has caused quite a bit of controversy, so I have to ask how you feel about him using the "N" word?
Flo Rida: Well you know everybody has freedom of speech. It’s whatever, I can’t stop anyone from saying anything.

Marvin Sparks: With the big club scene in Miami, what’s your favourite club song at the moment?

Marvin Sparks: 2 singles in and you’ve got 2 club bangers, describe how you feel when you see your own songs getting massive reactions in the club?
Flo Rida: Ah man, I just remember sitting back years ago when I used to sit back writing with my pen and pad. So to see those rhymes coming to life and different people moving to it, it just makes me happy.

Marvin Sparks: In relation to your 2nd single’s title ‘Elevator’, who would you most like to be trapped in an elevator with and why?
Flo Rida: We’re gonna have to keep that on the [to the melody of 1st single ‘Low’] low, low, low, low [laughs]

Marvin Sparks: You have a tattoo of Jimi Hendrix, what‘s your reason for choosing him?
Flo Rida: The one on my arm is of Jimi Hendrix. I’m a big fan of Jimi he’s a rock star legend. He kinda reminds me of myself, very laid back but when he gets on the stage he’s electrifying. He always put on a great show, his music, he’s got great lyricism. If I had to go with anyone tattooed on my arm I had to get something different, so I chose Jimi.

Marvin Sparks: Has the album done as well as you expected?
Flo Rida: Oh definitely! The fans are showing me love, they’re buying the album. Every other day fans are calling me to tell me their favourite song ‘cause I put my number out. If anyone that doesn’t have my number it is [+1] 305-528-2786. That’s my cell phone number and a lot of the time the fans call me and they already have the album and they go and purchase more and broadcast [the cell number] to their fans and let me know how the album is.

Marvin Sparks: So you must get a lot of crazy calls.
Flo Rida: A lot of times they call and they can’t believe it’s me so they hang up so fast [laughs]

Marvin Sparks: Why should your album be the last album everyone purchased?
Flo Rida: For the fact that it’s a star-studded album, it’s my life, and you know there’s only one Flo Rida! I’ve definitely been grinding for a long time, showing persistence and kept praying and there’s something on there for everybody and every moment in life. Something that you can party to, serious moments, it’s just from someone who loves music, Flo Rida.

Marvin Sparks: When can we expect to see you performing in the UK? Within a month or so, definitely. Finally, what advice would you like to give to any aspiring Rappers?
Flo Rida: Definitely, if you believe it you can achieve it. Have patience and sacrifice. Keep your eye on the prize, don’t look left or right. It has its ups and downs but joy will come in the morning.

Mail On Sunday is in stores now