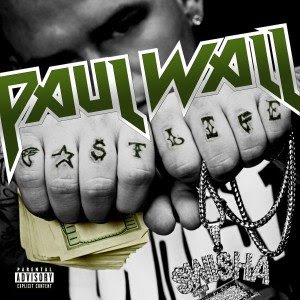 Paul Wall burst on to the Hip-hop scene amidst a lot of hype surrounding Houston artists; a time when everyone had a chopped-and-screwed version of their album. Most notably, he was known for supplying grills to celebrities ranging from Hip-hop’s elite to Brooke Hogan. Since then, Mike Jones, Chamillionaire, Slim Thug and Paul Wall have all failed to maintain the hype they once had.

PyroRadio.com spoke to Paul Wall to discuss his upcoming album 'The Fast Life', his return to Asylum, why he doesn’t care about platinum plaques and what Houston needs to get back to the top.

PyroRadio.com: Last time majority of people heard you was on Nelly’s chart-topper ‘Grillz’. Where have you been hiding?
Paul Wall: I’ve just been on the grind tryna get it; I’ve been on the road doing shows, promoting. I’ve got a new album coming out in stores so I’ve just been recording. This new album I’ve got coming out is called The Fast Life. It comes out in stores March 24th and it comes out in the States and in Europe. We’ve a lot of great producers and collaborators, so we’ve just been in the studio working real hard.

PyroRadio.com: Are you still selling grills and are they still in demand?
Paul Wall: We still selling these grills, mayne. These grills are selling like hot cakes. The website for the grills is http://www.grillsbypaulwall.com/. We’ve got a new store opening in Houston inside the Galleria mall. Matter of fact, we sell a lot of grills internationally. We want to come out to the UK and open a shop out there.

PyroRadio.com: And you’ve got a clothing line coming out.
Paul Wall: It’s called Expensive Taste, and the website for that is http://www.igotexpensivetaste.com/. You’ll see some nice stuff on there.

PyroRadio.com: You’ve changed labels again; this time going back to Asylum from Atlantic. What was the reason behind that?
Paul Wall: We’re getting a little more control over at Asylum; there’s a lot of great people over there, a bunch of team-workers who support what we’re doing and we’re happier to be in this situation where we have more control. We also make a lot more money off the record sales so that’s a good thing.

PyroRadio.com: Why did you move to Atlantic in the first place?
Paul Wall: They have one hell of a machine over there where they get [products promoted]. One of the problems I had was I kind of got caught up in the shuffle because they’ve got so many top notch artists over there. They’ve got TI, Plies, Yung Joc, and Bad Boy. When I went over there you also had Fabolous and Twista. There were a lot of artists that I was caught up in the shuffle with. 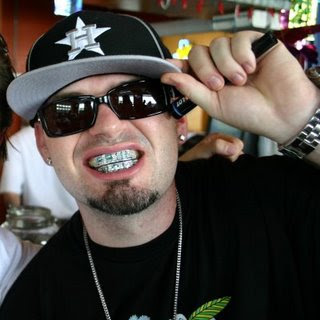 PyroRadio.com: People’s Champ was certified platinum but the follow-up Get Money, Stay True shifted under 300,000. Do you feel like a new artist having to start again?
Paul Wall: Well, I’ve got a new grind mind-frame. It’s time for me to get on the road and do what I did with the first album ’The People’s Champ’. With ‘Get Money, Stay True’ I was grinding but not like I was with ‘The People’s Champ’. So I’m just doing shows, going on the road, being in the studio and doing whatever I’ve got to do to get back into the same position and mind-frame. My whole mind-frame is back to where it was a couple years ago.

PyroRadio.com: There was a lot of criticism levelled at Houston rappers when you burst on the scene. Where you draw for inspiration when writing?
Paul Wall: When I fell in love with Hip-Hop back in 1996/1997, around that era when I was a teenager - when I fell in love with Hip-hop. I just put my mind frame to where I was back then. When I go into the studio, I do my thing. Sometimes it take a while sometimes it just comes out.

PyroRadio.com: Some would argue that the Houston movement was just a fad and Houston‘s time has passed. How do you respond to that?
Paul Wall: Well, that was definitely the peak in all of our careers, but that’s when we first got introduced on the international scene as the new thing. I don’t think it was a fad personally, but I think it’s just going to take us putting out some quality music, quality albums and getting our grind back on like we were back then for us to see that success on a regular basis.

PyroRadio.com: What theme have you gone with the album this time around?
Paul Wall: It’s a little bit of the same old thing, but we switched it up a little bit. The whole theme of the album is ‘The Fast Life’. ‘The Fast Life’ is about grinding 25 hours a day, 8 days a week. That means sun up to sun down, grinding tryna get it. Along with that, you’ve got all the accolades of success. Clothes, money, jewellery - whatever you want. That’s what the whole album is about and the music is all based around that. We went for a little different sound; we worked with a whole lot of different producers. I hadn’t worked with Play-n-Skillz in a long time.

PyroRadio.com: During the past year you made up with old collaborator Chamillionaire.
Paul Wall: They say time heals wounds, and in our case I think it did. As time went on we just kind of got tired of being mad at each other. It just came to a time when we put our problems to the side and let bygones be bygones. Pimp C, with the song 'Knockin Doors Down', when he shouted us out on there, for me it was like motivation and inspiration. I had a couple talks with him too and he told me to sort it out with Chamillionaire. It was a good decision I think because I feel happy with myself, I’m glad that I did it. We’ve been working together too. He’s done a remix to his song Won’t Let You Down, and he jumped on my song ‘Diamonds Exposed’. I’ve got another song he jumped on called ‘Keep it 100’ with me and Z-ro that he jumped on. 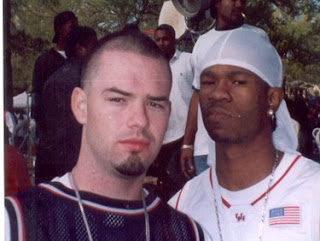 PyroRadio.com: How about re-uniting The Color Changing Click and putting out an album; is that a possibility?
Paul Wall: Man, I’d like to, I really would. I don’t think he wants to do that though, but I really would like to that.

PyroRadio.com: You have stated that you are an Obama fan.
Paul Wall: For sure man, I’m glad he is president.

PyroRadio.com: What changes are you hoping he will make?
Paul Wall: The biggest change that he has already made is he has motivated the whole country. Not just the country, I’ve been noticing around the world a little bit. I did some shows in Germany and Italy and all they kept talking about was Obama. It’s inspiration to get out and grind. We can make a change and change is possible. We’re going to get up on our grind, get up out of this recession, and move on.

Personally, the main things I’m look for are him to get us out of this recession and bring our troops home. Try to create peace where there’s war. That’s a hell of a thing to ask but it’s all we can ask for.

PyroRadio.com: What are your expectations for this album?
Paul Wall: Personally, we’ve achieved our success already by stepping our game up, stepping up the lyricism and production, so regardless of sales, we’re growing as a team. Myself as an artist and as a team we’re growing and I think that’s a good thing, as long as we keep growing.

Sales-wise, I don’t know everyone keeps complaining about sales being low, but regardless we’re going to put it out, grind as hard as we can and whatever we sell we gon’ sell. Being on Asylum, we make a lot more money off every record, so if I sell a 100,000 records we make a lot of money, so I’ll be happy with that.

PyroRadio.com: So you aren’t bothered about getting plaques then?
Paul Wall: Sometimes people get their plaques but there budget was so high, they spent so much money getting to that plaque that they aren’t receiving no cheques, they not seeing no money on the back-end. Me personally, it’s not important for me to have platinum plaques on the wall, it’s important for me to have platinum pay cheques.

PyroRadio.com: Is there a stand-out track for you on there?
Paul Wall: There’s a track I did on there with Z-Ro and Chamillionaire called ‘Keep It 100’, and it’s just a song about keeping it real and staying down and not changing with the weather. You know, staying down with your partners, keeping trill and keeping it 100. I really like that one.