September 30, 2009
Bashy took time out of his busy schedule to speak to PyroRadio.com about his new video Life, the accusations of being “anti-white ‘cos I’m pro-black”, how Tnchy Stryder’s mainstream success helps independent artists like him and the power of the MOBO Awards.

Marvin Sparks: The video for new single Life was released last week; receiving a lot of positive feedback and is one of the best UK music videos I’ve seen for a while. How did the concept for the video come about?

Bashy: The director got in contact with us. He did a video for me called ‘I See People’ off the whim - no one asked him to do it or anything he just did it off his own back, so I was like ‘Rahh, the video’s sick!’ I couldn’t believe it really that someone did that. When the album came out I said I’m going to definitely hit him up for one of the tracks on the album, one of the more serious toned ones. From there, he did us a little shoot. At first I was like ‘What is he talking about? Some jigsaw.’ But me I’m open-minded, so I [said] ‘Let’s try that‘. He sent me back some shots of it and I was proper excited. Told me he just wants to meet me for a few hours to film my shots and he’ll sort out the rest. Told him how I wanted it visually and he kind of like knew what to do with it.

Marvin Sparks: This is the first single that shows your street commentator side. What inspired you to write this song?

Bashy: Originally I was going to make that the intro to my album to be honest. I thought about it, but I wasn’t sure. I recorded it, but it was a bit serious for that, I wanted it a bit later on in the album. I was just thinking there were a lot of things that I want to say when I wrote it all one tracks. Initially when I recorded it, it was just one long take, there wasn’t a chorus in it, then we split it up, added a chorus, then it started to sound proper.

Marvin Sparks: The lyric written on the trailer which also combines as the opening lyric of the song is ‘They say I’m anti-white ‘cos I’m pro black’. Where does people saying you’re anti-white stem from?

Bashy: I think from Black Boys. They were saying ‘Arh it’s only about black boys,’ but come on I grew up in London. I’ve grown up around different cultures, but obviously, I love my culture, I love being me. I just love being me. I love that I’m half-Jamaican half-Dominican, I love the fact that I’m from London, you get me? I just love it! I love that I’m from the grime scene, from UK hip-hop scene, I just love this sh*t! When I’m saying I love being black, yeah that’s right I do, I wouldn’t want to be any other colour. I want to be the colour that I am and that’s how other people should feel as well. We should all come together and have an appreciation for what each other feel and that‘s it. 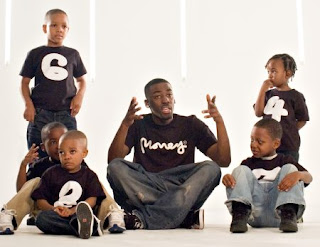 Marvin Sparks: There was a time when grime artists used to send for [diss] each other all the time, but the UK urban scene itself is much more united now. How does Bashy Star from Chupa Chups, Ur Mum vol. 1 and radio sets compare with today’s Bashy?

Bashy: People get it twisted like, I’ve still got that inside me but that’s more Bish Bash Bosh. I had to name that character because people were getting it twisted. That’s just Bish Bash Bosh now. When I’m wildin' out, that’s Bish Bash Bosh, but when I’m normal, conscious that’s Ashley Thomas or Bash. I think everyone on a whole has changed. It’s about getting money out here and building a scene. What’s the point of taking out MC’s? We may as well work together.

The other day we did Tinchy’s [Stryder] tour with me, Chipmunk and Mz Bratt, so that's unity in the scene. That looks good, that makes money, everyone can get paid, and everyone can get exposure. Tinchy had a number 1, brought a load of new fans to the scene and we were supporting him, so at the same time those people are beginning to find out about other people’s music in the scene as well. 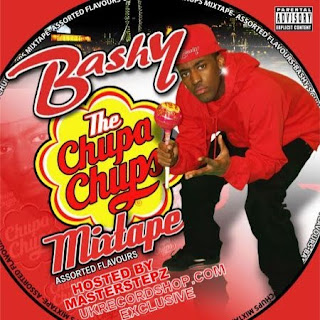 Marvin Sparks: There was backlash from many powerful people within the urban music scene to the interview you did in the Metro newspaper where the journalist asked if music was the new way for young, black boys to get out of trouble like boxing used to be. Many thought it was an ignorant question, what were your thoughts on that?

Bashy: For me, I just tend to concentrate on the positives of my career and that’s all I want to talk about. I don’t really watch anything else.

Marvin Sparks: You’re one of the only independent artists nominated for a MOBO. What would it mean for you to win one and which one would you like to win most?
Bashy: For me, to win one would be a good recognition of what I have been doing. Sometimes it just adds that extra level of exposure and respect really. I’m independent so if the average Joe is watching it that maybe only listens to mainstream music or maybe only listens to a certain radio station, they may not be aware of me. More than likely they should be, because I put in the work, but if they are watching the MOBO’s and they’re looking to that to see what’s hot, if I go away with Best Album that’s like ‘Rah, who’s that?’ It’s a good thing that I’m independent as well, so if I can win those kind of awards as an independent I think it’s inspirational for others to see that. 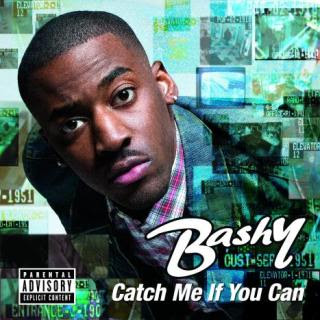 Marvin Sparks: You’ve been getting a lot of support in major places like the Metro, Independent, ITV news and such which are places many other independent artists don’t see. Why do you think that is?

Bashy: I don’t know man. I just think people understand what I’m doing from the street. They see that I’m independent but I’m still working and understand what work I’m putting in and they rate that. We come from a culture where you have to go out there and do it for yourself. If you’re born in this city and you aren’t from some rich family, you have to go out there and get it for yourself. From day one, the system isn't here to help you, so they see that I’m out there doing this thing. I’m not chatting no nonsense; it’s real stuff. Not everything has got to be positive because not everything in life is positive.

Marvin Sparks: With the success you are seeing as an indie, would you consider going to a major record label next time?

Bashy: I’d like to go with what’s best for me and whatever makes best business sense now. Like a nice advance is good, but it’s got to be what works best for me.

Bashy asks me to hold the interview. A male stops Bashy to say “I swear I always said the day I see you I’m gonna tell you that Black Boys was ‘ard!” Bashy thanks him, asks his name and replies “Nice to meet you”.

Bashy: [Sounding proud] That’s some love there you get me?!

Marvin Sparks: What have you got coming up for 2010?

Bashy: I’ve got the two films I’m in; ones called Shank, the other 4321. Shank comes out on Revolver, they put out the Tyson movie and Kidulthood. I’m working with Noel Clarke on Universal Pictures and that features Emma Roberts who’s Julia Roberts’s niece. I’m in this play Hip Hopera, Markus The Sadist. Then I’m hoping to release an album in 2010. Its serious tings for 2010!

Bashy’s MOBO nominated album Catch Me If You Can is out NOW
For the latest news, videos & Bashy’s personal blog visit: www.Bashy.com